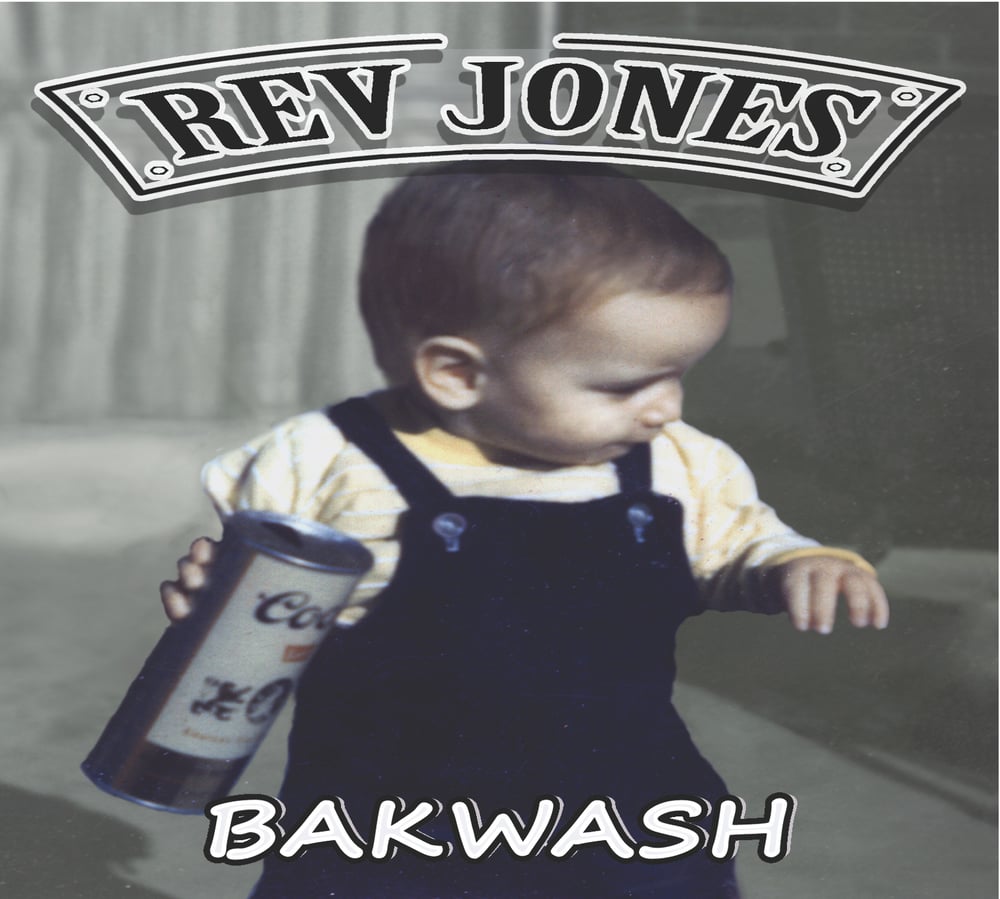 The long awaited debut release from world renowned bassist/vocalist Rev Jones. "Bakwash"!!!
Known in the rock world for his amazing bass techniques & his crazy energetic stage presence, as seen onstage all over the world with several major acts, Steelheart, Leslie West, Michael Schenker Group, Mountain, Fuel, George Lynch, Paul Gilbert, Kottak, Black Symphony, Blasted To Static, Gundriver, Texas Hippie Coalition, and Forte, just to name a few.
On this album Rev Jones not only breaks every rule of thought with his bass performance, but he also takes care of the lead vocals with a very interesting sound and style. Playing drums on the album is "Motor Man" Jeff Martin, most people know him as the singer for Racer X, but he was also the drummer in Badlands, and he is one hell of a drummer. Rounding it off and completing the Album Trio on Guitar is the amazing Jim Dofka. This album is full of heavy rock songs with catchy riffs, intense vocals, killer drum fills, and lots of Insane over the top Bass & Guitar soloing. It sets the bar pretty high!